I am going to keep on rolling out these theme posts as I keep exploring ways to make this blog appealing and fun. Today's theme post is called, "Abundance Found" and for these I am going to dig into the archives of fellow bloggers and call up pictures from their adventures in the past. I figured why not see what they were doing in past February's, since it is now February. Let's see what I found! 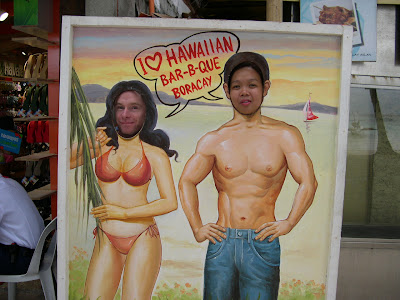 Looks like someone had a fun time somewhere tropical last year. As you know this time of year is when most teachers get their vacations. A lot of us head over to Thailand or some island nation. Kiwi Wonju Blogger did such that by visiting the Phillipines, and you can catch his fun times in this post.
2. 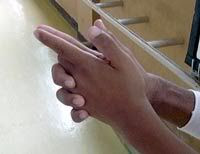 What does this look like? If you have never been to Korea or don't really know much about their silly insider culture, then you're probably in the dark. 아름답다, ah-lum-dahp-dah in their February post from long ago lamented on how some things that were fresh become stale after a while living in Korea. Such as the "ddongchim" which children use to make you feel especially out of place. Go check out her post where she describes these experiences.
3. 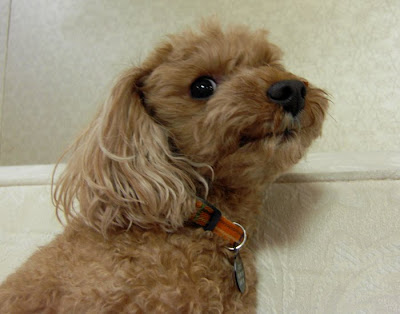 How could I not resist putting up this cute picture of a fuzzy friend. Often expats in Korea battle their homesickness by taking in a pet or two. I did so by trying to have a fish but that kind of ended up badly. Anyways, A Seoulful Life gave us a cute post of her puppy last year that I hoped warmed the hearts of some folks. Check it out here in her post, "Another Cocoa the Spoiled Poodle Post."
That ends today's Found post and I look forward to making more of these as it was fun to dig around other folks blogs. Plus I think it is helpful to highlight people's posts from the past since it can feel like they get left behind.
Posted by JIW at 6:07 PM