One of the first things you learn when moving to Korea is how to heat your house during the winter. For practically everyone this means using the ondol system built into your floor. Somewhere along your wall is a switch that controls the temperature and timing. But not all houses are alike and the same goes with the ondol system. Having lived in 4 different places already, I can tell you I have had 4 different kinds of ondol switches to deal with. Thankfully they all did the same thing, which is heat up your floor. Today I will take you to people's amusement with the ondol and how it has kept their life cozy during Korea's cold season.

1. Bathhouse Ballads: In this amusing post you get to hear how the Korean heating system can often lead your body to getting dried out. Tips are given on how to keep your home from turning into a dry place. Take a look at the post to find out more.

2. Grrl Traveler: Not a blogger linked on this site but I thought it would be useful for those who want to know how to heat themselves in other ways. Like those hand warmer things. 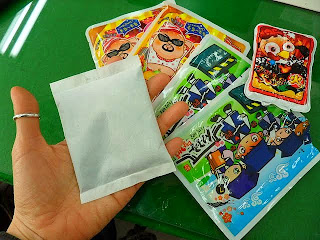 3. On Becoming a Good Korean (Feminist) Wife: This is a great post because it features her pets enjoying the benefits of the ondol. I bet it is paradise for them.

As great as the ondol is, one of the unfortunate aspects is how much your utility bill shoots up. In that case you have to be sometimes selective about your use of the thing, which could leave you freezing one night and burning up the next. 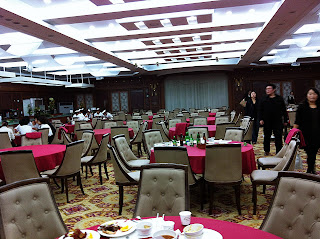 Even though this holiday has passed I think some folks are still looking back at the good times they had. Or maybe thinking just how much candy they gave out to their students. Since living in Korea for 3 years now I can definitely say this holiday has picked up steam here. On the academic side schools tend to have some kind of event for their students. And on the "free time" side many bars and clubs host events for people to take part in. Costumes, both in the kid and adult department, have come along way too.

I for one don't really do something special for this holiday, but have seen other people do it. I thought I would share with you guys what happens in Korea around this time of year.

1. Annie Around the World: In this post you can see how during the day one gives Korean children a dose of what this holiday is about, and at night how one celebrates. Some cute costumes!

2. Stupid Ugly Foreigner: Here he hits the point that holidays abroad aren't really the same as they are back home. But you try to make the most of it. You get to hear about how he developed into a Zombie and spent the night away as such.


3. Elyse Marie: Another fun mix of work and play in this post. It makes you wonder how this holiday will develop in years to come.

4. Kiwi Wonju: Just a nice post here about how work is affected by Halloween, drawn up in 2008. Maybe looking at this post and then comparing it to earlier ones you can see some changes. For sure many schools like teachers to decorate the rooms for the festivities. 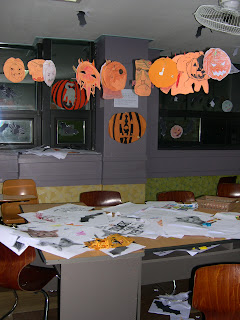 How was your Halloween this year? Anything special happen at work or outside of it?