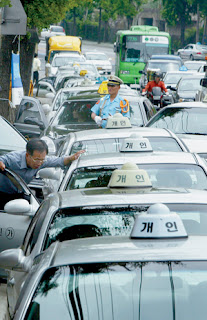 I for one find taking a taxi a great convenience here, even when the prices rise. Do you have any fun or not-so-fun taxi stories?
Posted by JIW at 3:36 AM